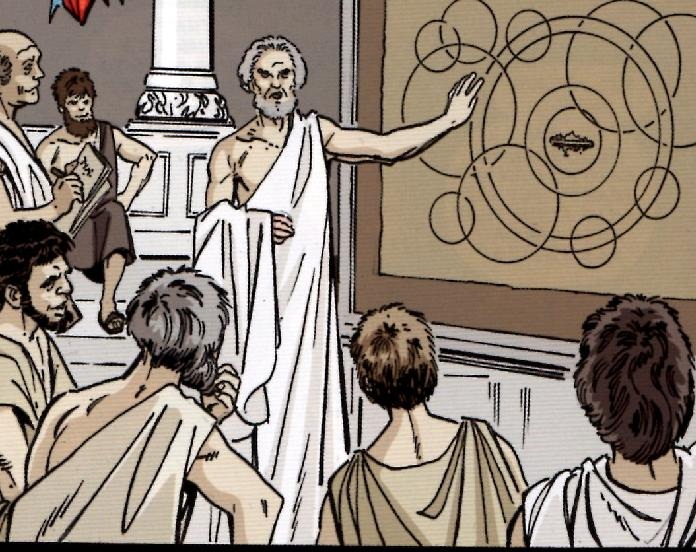 It’s all about drawing likenesses between music as one experiences hearing and enjoying it; and buildings which occupy a space on the street.  I think it’s easiest and so best to start off at a point where most people are able to connect with me on this idea; and so I ask: do you not have the feeling of there being a kind of ‘virtual space’ in which any music you hear is being performed?  And it’s like a different space for different pieces of music; in the way that one is unable to build a building in a space already occupied by another building?

It’s our grasp of that ‘virtual musical space’ that gets created by a certain piece we are hearing that opens up our being grabbed by that piece and being carried along with it (as was the Wedding Guest of The Ancient Mariner who ‘cannot choose but hear’).

If you are with me; and have an inkling of what I mean about ‘musical architecture’ then I can go on and say that some musical architecture is grand and large, spacious and imposing; but that it ranges right down to simple nursery rhyme songs, like ‘Little Boy Blue’, which have their own modest but still very distinctive areas of virtual space that they occupy.

A simple unadorned melody like that of ‘Little Boy Blue’ for instance, has an attractive lilt, and this lilt contributes to opening up for us a ‘large room’ which is occupied by our strong feelings of fanciful wistfulness.  When we hear ‘Little Boy Blue’ being played or sung it is as if we are being placed in that room and that we become aware of that space having appeared in our minds; and of being in it whilst the song or tune lasts.

Towards the complex end of the scale of ‘musical architecture’ might be like, say, JS Bach’s ‘Concerto for Two Violins’; which in its First Movement has going on together something like three or four threads of melody, rhythm, and accompaniment.

There is in it what is called a ground, usually played by a harpsichordist; and it is a theme held below the other themes; and it carries the themes above it like a donkey carries his packs. This ground not only keeps the music moving as if forwards; like a laden donkey; but it appears to keep it on the right path too; and not straying into bushes or fields which obscure the way. So a ground keeps some strong direction for a busy piece of music like this one of Bach’s.

Then there are the two violins which oddly play tunes of their own which compete with one another but nonetheless compete only within a bound or framework of limitations set within the composition by its composer. It’s as if Punch and Judy were placed in a box (the puppet theatre) and allowed to fight it out between themselves; but only within the box and within the sight and hearing of the children watching the show.  (And this of course is more or less what happens at a puppet show like this.)

The two violins though conflict like two cartoon swordfighters who are able to walk up walls and ceilings, as well as on floors; and who as a result are able in an eye-blink to swap places or to move together in symmetries as it seems instantaneously.  The swordfight is long, intense, rapid and wholly absorbing to a person watching (hearing) it. Cartoon because the swordfighters do things which defy natural physical laws and at speeds and variety otherwise not available in actual life.

Lastly, there is in Bach’s Concerto for Two Violins an orchestral accompaniment; which is like a good sauce on one’s lunch; enough to give one’s lunch an added verve and you a whetted appetite; but a sauce which at the same time does not make unpalatable the food itself taste-wise; nor is it so strong as to drown the taste of the actual food; but just right enough to enhance it to an optimum.

All these four threads go working and going along together in the performance of Bach’s Concerto; when you sit and allow the music to absorb you, it creates what I believe is a quite vast ‘musical architecture’.  This piece by Bach evokes or creates psychically an arena, or a hall, like an auditorium; wherein musical events – by which I mean one’s responses, one’s ‘jerkings around by it’ are happening like at a busy intersection where motorways meet and traffic is pouring through.

Bach by way of his music in its performance sustains that ‘virtual space’ in us and sustains it uniformly and constantly; and it is wherein his music’s musical activity, is played out in our minds. Perhaps this ‘virtual space;’ found in music apprehended by us; is there psychologically because the music we hear with engagement has an effect of liberating our spirits?

That might sound real fine and a bit precious for me to have said; but let’s put it in less grandiose terms.  Music creates space and that is the space that a listener’s mind occupies; along with the whole person of listener, for as long as she remains uninterrupted by internal or external jarrings. For this time she is ‘somewhere else’ and that place she is at is a place which is characterised by that sense of freedom and release from restraint that music generates in people.

We have a phrase we use: ‘when the music stops’. We use this phrase to mean; ‘when a good thing comes to an end’ – usually suddenly – and we also mean when we use this phrase that ‘something precious has (suddenly) been lost’ to us – that ‘the party is over’.  When music stops, it is almost as if we are returned to a starker reality and to a reality that has consequences; returned from a place where not only the spirit is able to roam free; but from a place of no consequence, of no pressures nor upshots; other than those ‘make-believe’ ones generated only so long as the music was playing for us.

Men and Women, says The Bible, are creatures made in God’s own image.  They are creatures – that is – they are created – thus implicit in this view is a Creator – and the first of us were breathed into by God with his breath which gave them life and spirit – as we say – inspiration.

Now all this might be Fairytale – like ‘Little Boy Blue’ – or not – whatever.  You don’t have to decide on that for yourself here or now.  You just have to place these Bible claims in that ‘virtual space’ similar to the one ‘Little Boy Blue’ occupies in your mind’s evocations and emotions.

As the great Shakespeare said:

‘….let us, ciphers to this great accompt,
on your imaginary forces work’

Now it can be imagined – even as merely a figure of speech – that music in its ability to create in us ‘virtual space’ by way of its ‘musical architecture’ affecting and working on our minds – is something close to magical, and that its powers in these respects are not easily able to be understood or explained.  So that in so far as music works a kind of ‘magic’ on us it is a mysterious thing in our lives and in existence.

Just as all our physical person is captivated by certain pieces of music played to us; likewise all our psychical person is enthralled also.  The magic is complete when music is at its best for us.  And this magic lasts only whilst the music is playing and while we are listening to it with all our body and mind. A ‘virtual space’ is opened up and sustained by this playing of and listening to music. The music stops and the ‘virtual space’ is gone – as if it had never been.

Let’s transfer the magic in music to physical space from ‘virtual space’. There used to be a long time ago a concept in use by and believed in by philosophers that the planets in orbit around the sun along with the earth emitted music; ‘the music of the spheres’.

The Solar System was considered by them an example of Sacred Geometry; and the perfection of this Geometry was akin to the perfection in the abstract idea of a circle or of a sphere or a cone or pyramid shape.

As we can only imagine a perfect circle or sphere etc in our minds; and because we tend to accept that in the physical world no perfection actually exists in spheres and circles etc, and maybe cannot exist; it follows that these old philosophers who considered that the starry heavens above them were works of such perfect – whether or not physically I just do not know – they were maybe misguided.

But yet certainly a place of perfection was envisaged by them to be in place but resident outside the mind; and in addition to what the mind can imagine as perfect.

These conceptions of the old philosophers then might seem quaint and passé to us; but nonetheless the conception in general that a place of perfection is able to exist or does exist outside of the mind is something which remains, as they say in Scotland ‘not proven’. That is to say; the jury is still out on the answer to this riddle.

Now if there were God somewhere, a perfect being outside of (and inside?) the mind; then we having a capacity to envisage, and so create using musical architecture ‘virtual space’ in our minds; then may we not be using in doing this an inheritance of our creational heritage of being creatures made in the image of a God?  After all it is very possible that this God might be upholding the very heavens and earth, space, time and being; absolutely and everywhere; by way of some such similar ‘magic’ to the magic of music’s ‘virtual space’; but likewise unknown to us how it works?

This in turn, were it the case, might mean that the capacities of our minds able to create, play, appreciate, and able to become absorbed by music into a ‘virtual space’ and of our own creation; might this be a pale shadow of God’s power which he breathed into us as spirit at our Creation.  So that it might be He who upholds by his power all things, all creation, all being, everywhere and absolutely; psychologically and physically; and maybe also abstractly (as with mathematical and other autonomous non-physical abstract entities)?

When one looks at life, being, existence, the physical world, and living things in general; and at the life of our minds and those of the minds of animals; when one looks at all these things in this way, even were one to consider what I have said all hogwash, one would be unable to resist the fact pressing hardly and fiercely on you that all is mystery; and so all is wonder and amazement.

If you find yourself unable to press your conceptions of mind out of the regular trough of ordinary sameness and habitual sallow acceptance of thing as they are – saying to yourself – well, life and things are nothing special, they just are, just happen – I hope what I have tried to say to you might lie fallow in you and someday make its small presence readily felt and so grow up in you as an awareness of how massively strangely magical and rare everything really is.

You can find this article at our steemit blog: https://steemit.com/music/@matthew.raymer/the-psychology-of-music-3