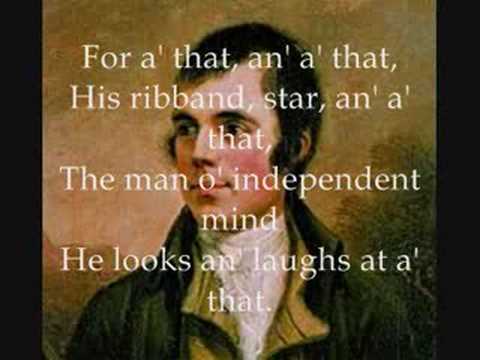 There is ever a temptation, especially when work is coming in too slowly, at times of the year like January when Christmas is spent out and clients’ resolutions to be more prudent are still in force, and potential clients are nursing hangovers and servicing debts incurred last year; for a guy or a gal to consider lowering standards to make doing business more attractive to would-be to clients.

One searches around looking for those places whereabouts corners can be cut and quick fixes will do; in fact looking to expunge the very items on which a self-respecting developer rests his true satisfaction and good repute.

The advice here is then: hold the line and persevere.

Of course when one is starving and the creditors are knocking at the house door this seems, and probably is, next to impossible advice to accept.  Like King Richard III on the field of Bosworth, one in this situation is likely to agree that ‘a horse; a horse; my kingdom for a horse!’ is the right kind of tactic.  The old adage says: ‘Needs must when the devil drives’; and again ‘Necessity is the mother of invention’.

Though if you have some means yet to keep the wolf from the door it is better, I would argue, to retain your normal fixed rates per hour and your pricing standards per job; to keep ploughing at those little significant but unheralded niceties and lubricants to the projects you do; making them run sweetly and quietly impressing your clients to boot.

One not only retains one’s will to live; and one’s will to live to one’s own standards; but there is no regret; nor no hill to climb back up to for you, from where you descended to so as to barter away quality for quick cash.

What my friend and colleague does in the event of austere times is to retrieve his full list of known and trustworthy contacts; friends, business people, family, well-wishers; all – and then he circulates amongst them a round robin mail explaining that need presses him and asking whether they, or else anybody among their acquaintance, and whom they can refer him to, is in need of work being done.

Now this might look like, or even faintly taste of throwing oneself upon charity; or worse; begging.  There are some major things to say about this concern.

The request in the round robin is for procuring work; and ever ‘the labourer is worthy of his hire’ – always.  Remember there is no cut-price cut-corners offers involved of your asking to do works for clients – at this stage.   You retain all your appurtenances and business regimen. You have changed your tack and approach just a little- from a more passive absorption of work and clients as they arrive on your desktop; to a more active seeking for work. It may be less of a wrench to change tack in this way for some rather than for others.  If you are one of the ones it is a wrench for, then it is to you I need to put the following narrative most clearly.

The great national bard of Scotland, Robert Burns, was dying, at the age of 37, of the physiological after-effects on his heart of him having contracted rheumatic fever as a boy, possibly from the necessity of his family causing him to have to go out and plough the fields on his father’s farm, with a horse and team, and at an age when his strength was not fitted to this arduous work.  He was in is last days taking the icy waters of the Firth of Forth on the North Sea coast, in January, at which time in Scotland, temperatures are well bellow freezing. This was on his doctor’s advice.

Burns was hoping that the waters would cure him, or at least preserve his life for a time. He was in fact days away from his death day and his taking the waters was in fact hastening that day.

During these final days he was broke, and in debt to quite a few and belligerent creditors.  He twice in these final days had received threats of imprisonment for debt from two separate persons he owed to; and twice he had found himself compelled, for the sake of his family and his own survival, to write letters to friends asking for a ten pound note each time, so that he was not thrown into prison to die in squalor.

Prisons in those days: well, San Quentin and Guantanamo are parties compared to them.  Many persons imprisoned for debt did not see daylight again but spent their lives incarcerated.  Many died prematurely because unless one’s relatives and friends brought in food to you daily, you starved.  Cells were not heated, exposed to the elements, never cleaned; there were no public conveniences (bathroom facilities); it was a waking nightmare and few survived.

Added to this Burns was a man who owned a seriously proud an extremely upright sense of honour; as gentlemen of the time did as a matter of course.  One is able to read his final letters asking for the £10 notes; they are extant.  As one reads them one feels so very acutely how hard and humiliating it was for him to have to write them. They are short and to the point, and full of sorrow and reluctance about the situation he has been forced into by circumstances. They are pitiful.

Here was a man like whom no person in Scotland at the time, and maybe since, has produced, or could produce, such fine quality works produced in such abundance, and such as have lasted, and will continue to last, as long at Lowland Scots English can be read and spoken.

Ask any Scots woman or man living today whether had they had £10 and they could have sent it by return post to Burns upon his request; if they would not have been willing to send £100, or £1000, or £10,000; and some people among them more; just to give him some succour, some comfort, at that terrible time.  And if they would have been able to send him a doctor; or otherwise to assist in prolonging his life a little; they would have found the best doctor their money could afford, or used any means remotely plausible, the save or prolong his life.

200 years have passed since then; and time passing and history emerging offers us all hindsight and focus.  Burns might have been abominably humiliated by his, what I would judge, misplaced strong sense of pride and respectability, at having to ask for money from friends; but his friends knew him; knew his humiliation and pain; and gladly gave him what he asked. No more; because more displays the unwanted condescension of superior pity; no less; because he had asked for that specific £10 amount exactly.  They respected his plight and his sense of honour.

Although I say Burns’ pride was misplaced in my opinion; the extreme opposite; showing no sense of pride at all and abjectly cravenly to beg and plead unbeseeemingly, no-one admires nor can tolerate, unless danger is very immediate and powerful; and the abjection is thus caused by the severe heat of a moment.

But generally persons who continually come across to us as ever exploiting their ‘neediness’ are difficult to like and hard to help with a goodwill.

So, strike that balance. Remember: ‘The labourer is worthy of his hire.’ Always

You don’t have to take shit simply because you are on your uppers; and you don’t need to invite it by you throwing away, casting to the wind, that self-esteem you can always fall back; on knowing in yourself that you have given your best shot; so that your sense of self-worth tells you that, for better or for worse, you did not let down at any time your nearest and dearest, nor even yourself.

Climbing back up the hill after opting for such a descent is arduous and can be cruelly difficult.