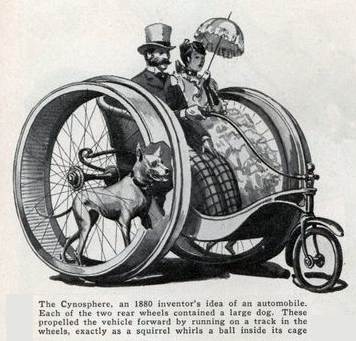 This essay aims to be an outline of an alternative means of production and distribution of goods to having what we have now which comprises rapid turnover of goods, built-in obsolescence; overproduction of trash; pell-mell monetising of the world’s resources at the highest rates achievable.

The economic myth goes that we are endebted to consumerism for our high standards of living; at least materially so. It goes on to say that there is no alternative to consumerism if you want to retain and to grow this present level of physical comfort and convenience for yourself.

Thus the arguments put in this form are just like the ‘over-a-barrel’ arguments faced by telephone callers when the electronic voice says to you: ‘By continuing with this phone call you are agreeing to our terms and conditions. If you do not agree with them please end the call now. All calls are recorded for security and training purposes’.

In fact this sort of electronic voice ‘leaning upon you’ with Hobson’s Choices packages up pretty well the strategy of the large companies which they use on their captives, their clientele. Basically it is ‘put up and shut up’. Large companies are able to talk like this to us in the terms and conditions they impose upon us, and so to take this cavalier attitude with their clients, simply because the large companies hold so much economic and political clout vis a vis you and me the average guy on the street.

Now and in our times we have large companies roaming free like giant raptors across the economic and political landscapes of the world; and this, their ‘license to bill’ as a consequence in large part has occurred because of those attritional anti labour policies of a generation ago, definitely so in Britain.

From those violent and anti-labour days of the 1980s comes that much feted (by those whose pockets jingle) trumpeting of The Triumph of Capital. It was in those days that it first found its feet, and its ideological impetus; so as to have become a Global phenomenon whereby ‘thousands post at its word by land and sea’ in pursuit of moneymaking, and they do so untrammelled by ‘regulation’ nor fettered any longer by ‘the unions holding them to ransom’.

And so the boot is now on the other foot; and the other ugly sister has it on; and the animals on the farm have been beaten down and downtrodden, whilst the men have regained the means that drive the engines of wealth.. Cinderella remains yet without a ticket to the ball however.

But to our task.  How might an economy; a society; a political system; run in such a way that it conserves natural resources; minimises pollutants and degradations of ecosystems; and works so that employed persons need labour for less hours; and so that production slows to a sane and sustainable rate and stabilises there; and also, which is to put the fairy on the icing on the cake at the bottom of the garden, with all these great boons in place; yet still the ordinary man and woman and child find themselves well nourished, well housed and decently clothed; and they have yet sufficient, overplus even, home comforts and material contentment.  And possibly, very possibly, ordinary people are thereby more generally satisfied with their lives?

Sounds like Harry Potter or Looney Tunes?  Try this; and think it through.

There is a German electronic household products company whose name is Miele. Miele sells among other items vacuum cleaners. The Miele Company prides itself on the longevity of its wares, and it provides very solicitous after-sales services to its customers.  Customers have approached Miele after twenty or thirty years asking for a repair on or for a part to an appliance; and Miele has obliged. Miele holds in stock spare parts for models which go wayback; deliberately so; it is for this kind of service that the company is renowned and it is a style which the Miele company has chosen and has fostered.

So, instead of Mrs. Brush going out buying a new vacuum cleaner or refrigerator every five years; what if Mrs Brush bought a vacuum cleaner and a refrigerator which lasted her thirty years?  She would have to put up with the same old ‘look’ and ‘feel’ in her kitchen for a generation.  The appliances would cost a great deal more money.

These two adverse considerations are the key supports of consumerist marketing; i. sell as cheaply as you can by manufacturing goods cheaply; ii. make your goods so that their limited lifespans guarantee continued (and growing) company turnover.  Thus turnover becomes a crucial factor for consumerist companies, because turnover is an indicator of the health of a product or a company in the consumerist world, and when using consumerist criteria.

The general hare to chase in consumerism is always: more and bigger; more and bigger; and like our movie industries and our TV industries, the pressure across the consumerist world is ever for producers and providers to ‘up-the-ante’.  So that just as our movies and TV shows gets ever more absurd and violent, more vacuous and facile in thrills and spills as a continuum-without-plot; in the same way our consumer habits are primed by producers and providers, so as for us to expect, and to look forward to, to lionise and to cherish every Next Big Thing. This is usually an ‘upgrade’ or an ‘overplus new model’; or a new fad like ‘Yankee Candles’ or ‘Roulette’ accoutrements.

The onus and effort of the consumerist advocates and surges are all and always upon keeping the ball rolling, keeping all the balls in the air, and so feeding the voracious materially obese consumerist machine.  That hectic Thrash Metal that I have mentioned before now and to be heard backing 5USA TV channel show tasters, its musical garbage is an analogue to the livid energy of the consumerist advertising, its marketing, its production lines; and its industries; all of which feed-up, feed upon, and so sustain The Giant consumerism. Everything has to be presented to a consumer as being vital to have, right now, in order to feel satisfied, and cool, and up to the minute, and in the swim, and so forth. To be and feel included in society means that in so many ways one must, one is forced to, conform to the dictates of consumerist mores and to the designs it has on you.  Otherwise your friends might see you as being non-authentic, nor in-tune with ‘the crowd’.

But it can be different; if we want it to be different; if we are able to ‘see ourselves as others see us’ and break the spell so that ‘the scales fall from our eyes’; and then we might ‘see ourselves for the very first time’, ‘clothed and in our right mind’ .  Like depression and like when hearing constant background muzac in a retail store; often one does not register the terrible interference with one’s mind these things make hay on; not until they stop.  Us being in awe within consumerism’s loops is very like this; we are unable ‘to see the object whole and as it really is’; and we are thus captives to and prisoners within the mindsets modelled by our current crazy means and methods of production and distribution.

Thus these myths of impending disaster should the consumerist music suddenly stop are just that; myths. And they are myths which we for the most part believe wholeheartedly, and by which our minds are bound up; and cornered like rabbits, by the fiction-fears peddled by pundits and prognosticators that we must keep the machine rolling, we must keep buying, or else the lights will go out all over the world.

What if, what if – products were so manufactured to last as long as possible; and sold at a higher price – naturally; of course.  What if one car lasted you twenty-five years; and was to some degree built to be future-proofed, so that as safer components came along, say, they could be added to it. Say its materials were higher quality and better engineered and gave altogether a better drive. What if it cost three times as much as a cheap car?  Over the course of its lifetime it provides you with say a few years ‘free of charge’ motoring because otherwise in the same time span you would have changed a consumerist car three or four times over.  The twenty-five year car takes a more few man hours to manufacture than a consumerist item. It takes little more work too. Etc etc.

Employees building cars would need to work less time in aggregate. They might work 20 or 25 hours a week instead of 35 or 40 and for the same wage?

Extrapolate such a radical change of situation as this car making instance across the consumerist economy and behold: a sea change; a sudden coming to our senses and seeing our entrapped folly of beforehand when we helter-skelter produced, produced, produced, and it had us dazed, fazed, and mentally imprisoned.  All durable goods and products might be built to last longer and to be of a good quality.

Any fears of an inevitable result being sudden downturns and recessions are hooch.  The only downturn and recession will be in the raking off of profits by the Taskmasters of Capital.

At present we consumers in this consumerist setup are their fodder. We are little other than ciphers to the minds of these Barons of Industry; we are to them what the less sensitive Anglicans call new church attenders  ‘bums on seats’; or what Charles Dickens has the Mill Owners in his ‘Hard Times’ call the people who work for them: ‘Hands’. We supply their labour needs; we supply their consumer needs; we are like residents of a battery farm or members of a large dairy herd to these people; by our leave they milk us and steal our eggs; for the proceeds to go into their bursting roomy pockets.

We are being suckered. We are their fall guys. The myths of consumerism are persevered intact by these Captains of Industry, and by our Government Friends, just so that this milking and egg-stealing is able to carry on and to ever-increase.  We are being taken for fools by them.

The environmental upshots of consumerist manias, the increased pollutions and ecological degradations; the steady marginalising of resources and their overuse and over-exploitation; these are perhaps all of the same ilk to us dream weavers, and to our power drunk Masters, as tobacco is to the heavy smoker or alcohol to the heavy drinker; so it is that one day we wake up and find we have a death rattle cough in our throats or we find we have a shattered rotted liver. We never thought it would come to this; but we deceived ourselves and in fact by deceiving ourselves we allowed these things to happen to us. We did them to ourselves.

Our tendency as a race is ever to put of the evil day; to believe blindly the worst won’t happen; especially when things are going well for us; or we are being told and led to believe that all is going well; and then we are nonchalantly, negligently, happy to kid ourselves, to believe ‘all’s right with the world’.  Here to conclude is a thought from an old timer called Richard Hooker, and written down by him 500 years ago:

‘Prosperity in regard to our corrupt inclinations to abuse the blessings of Almighty God, doth prove for the most part dangerous to the souls of men’