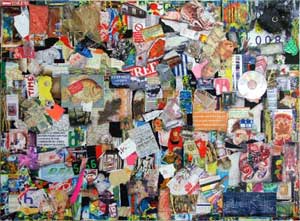 There are old sayings I like to refer back to and which do illustrate well the topics I have been choosing lately. The adages for today are:

‘Don’t spoil the ship for a hap’orth of tar’

‘Know when to call it quits’

The first saying is about cutting corners and saving a few cents here and there, and thereby scuppering in the process the whole deal.  I’ve talked before about the master masons who built the English and French Cathedrals in an age without electricity and smart technology; when everything was done by hand and assisted by simple lifting and shaping engines – The rope pulley and the steel chisel, and a lot of hard and finely-concentrated work.

These guys, the master masons, even though every stone to carve or to shape was a day’s work; yet still you can today climb to the clerestory of Exeter or Lincoln, or Chartres or Amiens, and take with you your battery torch so that you can shine it in places which have not seen light since the twelfth or thirteenth century up there in the gods.  There will be revealed carvings and workmanship every bit as astonishing and beautiful as that which grabs the limelight far below in the aisles and the chantries where the tourists flow and flock.

These guys knew God’s eye was on them wherever whatever they were doing; but not as a Giant Thunderer ready to strike them down for doing shoddy work; rather as a God of love and mercy for whom all work in His service deserved the same devotion to be sent back to Him regardless whether men and women we able to see its splendid majesty.  Thus as for the Romans so for the masons: ‘laborare est orare’ – work is prayer. And even their names have been lost to us.

And who is to say one is not rewarded for paying such minute dedication and care to one’s service?  The guy with a good conscience towards his/her clients sleeps well.

There are riders to impounding too much work into a task though.  There is in the study of economics a term known as ‘The Law of Diminishing Returns’.  This law says that upon the optimum of a goods or service being made available on the marketplace, the very next item of goods or service made and offered loses value and thereafter the curve of value descends on the graph as and when more and more items hit the marketplace.  The lesson is that once you have achieved your optimum level, then to carry on adjusting and adding and tinkering, trying too hard generally is to lose one’s efficiency and efficacy; and the end product begins to deteriorate.   The guys who say ‘Give up whilst you’re winning’ and ‘Leave them wanting more’ do not offer their wisdom for no reason.

There’s a variation on overmuch tinkering goes on now and then. This oddity occurs when you find a person caught in a cul-de-sac and hammering hard at it all day on a trifle; a thing of no consequence, so that all his/her energies are absorbed and concentrated on the wrong focus.  Who can tell why this happens to us?  Sometimes we just won’t be beaten; sometimes it’s a mater of silly personal false pride; sometimes it’s just what Freud calls ‘repetition compulsion’ in us; or sometimes its just a mind block and the dawning on us that we are squandering time and resources needlessly has yet to happen.  Matthew Arnold a scholar of the Victorian Age in Britain – had a good tip to help us asses the situation when we get caught up like this.

He felt that we should ‘stand back to see the whole clearly and as it really is’.  He suggests then that we mentally withdraw ourselves from our mundane task we are caught up in, and take stock; in order to consolidate in our thoughts exactly whereabouts we are with our work or our situation.

The vital thing to be able to master in all of these pitfalls is the knowing when the moment to stop digging deeper the hole we are in has arrived. Like the sound of a buzz saw in the distance as you sit at your desk busy working, it fills your ear but you are not aware it is doing so, and it grates and niggles but you still don’t realise the cause. Then it suddenly shuts down and stops. The air seems to clear and freshen and you look up from the keyboard with anew sense of relief as you realise the full mind trap you were in because of that saw.  Another example of the same is depression.  One does not generally understand one has been in a depression until one has come out of it. Only persons who are practiced depressives have learnt the knack of being able to identify a depression whilst still in one.

The fact remains that realising the moment has come for one to halt, to take stock, to move on, to have a think, to clear your head, but of a certainty to stop – this moment goes past us so easily, and the lesson is that we have to teach ourselves how to pick it out and identify it as it arrives. Then we do not surface from the deeps two days later having lost that two days and some of our morale as well –  at the realisation of having lost them.

Like all trigger moments and handy pointers – like clock alarms and shift whistles which blast out at the right times daily monthly yearly – a person is able to train him/her self to act like a clock or a shift whistle – able to employ habitual routines to good advantage.

We all have our bad habits – ask your partner. How did we accrue them? – subliminally, by unnoticed repetition of them way back.  So we can use this against the demon possession in us that drives us onwards even when it is a hopeless cause to go on or when the ship has sailed.  Getting the first hook to hang the habit on is the hardest – it can be a strenuous act of will to accomplish. But like after the first week of not smoking things become easier each day henceforth once the wagon has begun to roll.

It won’t be too long before Dr Kawasaki’s Brain Training is riding sweet as a nut and your self-coerced and new good habit is functional and providing results.  And it’s a buzz to know that you have achieved the self-discipline required to accomplish such a feat. Not too much of a buzz though, because Augustine tells us ‘Do not presume; one thief was damned; do not despair; one thief was saved’. What I mean is that one should not crow over oneself; nor should one belittle oneself, but a middle way, in media re, is ever the place to aim for. Like Alice and the cake; she took too big a bite and grew too big for the doorway; then took too little and was too small to reach the key on the table.

Then, and lastly, although this subject deserves a page or a chapter or two to itself, do try always to put yourself in the other guy’s shoes. When you’re writing anything to anyone is especially the time when always this is the best advice to heed.  The great Robert Burns wrote:

‘Ah, would some god the giftie give us

To see ourselves as others see us’

‘The perfect judge will read each work of wit

With that same spirit which its author writ’

And the Master of All

‘Truly I tell you, whatever you did for one of the least of these brothers and sisters of mine, you did for me.’